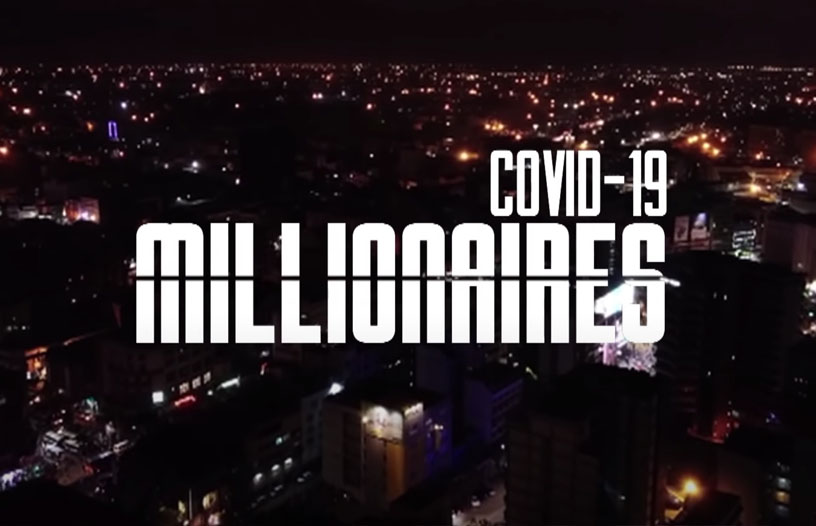 The High Court has ordered Nation Media Group to pull down the ‘Covid-19 Millionaires’ story from their social media platforms pending the hearing of a libel case against them.

In the case, Megascope Ltd moved to court suing NMG and journalist Dennis Okari for allegedly linking it to the Kemsa scandal thereby maligning the firm.

Justice Joseph Sergon on Wednesday morning granted the order applied for by Megascope and directed NMG to pull down the said story from their social media platforms pending the hearing of the case.

The investigative story that was also uploaded on NTV’s Youtube channel has so far garnered over 700,000 views.

Lawyer Njoroge Regeru for Megascope had asked Justice Sergon to grant them the order arguing that by the story being on social media it continues to damage his client’s reputation.

NMG lawyer Kiragu Kimani opposed the application to pull down the story saying the earlier order issued by the court for them not to carry any more stories on Megascope in relation to the scandal were sufficient.

He argued the court not to grant the interim order saying in the affidavit by Okari he documented how he carried out the investigative piece and also attached a senate committee report that he used in his story.

n a virtual hearing, Judge Sergon also allowed NMG and Okari’s affidavits that were filed late last evening to be part of the case.

Kimani apologised to court on the late filing saying that they have had a challenge locating Okari to sign the affidavits because he is in hiding.

The court heard that they NMG lawyers have had a hard time accessing the journalist because since he is in hiding, he is the one to get in touch with them, not the other way round.

Regeru had asked the court not to admit the affidavits by Okari and NMG arguing that the allegations by media house were a deliberate way to delay the hearing.

The case will be mentioned on October 22.